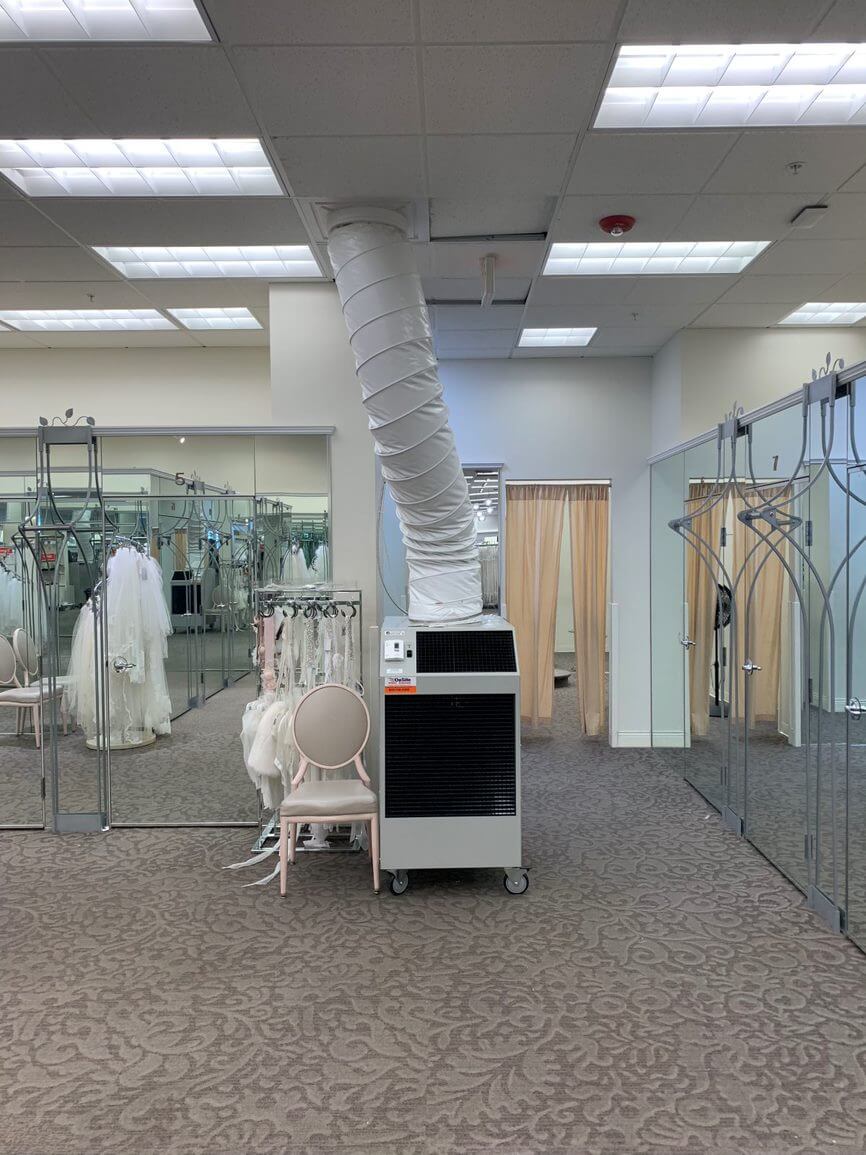 A David’s Bridal, partitioned off of a long-vacant Sears building, was being provided with its air conditioning off of Sears’s main chiller units. Everything was operating as normal until one hot and steamy summer morning the chiller was abruptly shut down, without following the emergency shutdown procedure.

The unit was abruptly shut down because firefighters were called to the location after people noticed what appeared to be smoke coming off of the building’s roof. Firefighters immediately entered the mechanical room and shut off all power to the building, including the chiller. After a brief investigation of the scene, they found that the fine morning mist falling on the scorching hot roof produced a cloud of water vapor that resembled smoke. Crisis averted, right?

Well no, due to the improper shutdown, the main chiller became inoperable and required significant repair to start up. Time and money created a situation where portable air conditioning rentals were required.

The Solution: A Customized Portable HVAC Set Up

OnSite HVAC Rentals brought in nine 5-ton OceanAire PAC6034 spot coolers to meet the air conditioning demand of this large bridal store. Space limitations and security concerns prevented us from placing a larger unit in or around the space. Multiple 5-ton units not only provided better cool air distribution but also provided immediate air conditioning at an affordable price. 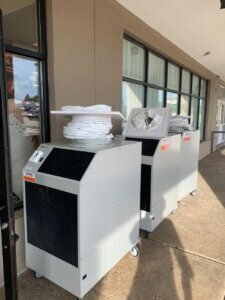 A problem arose after the installation of the 5-ton OceanAire portable AC units. The subdivision of this store from the original Sears space was constructed with no air gaps in the ceiling that are common in plenums. This created a sealed space and didn’t allow for the warm condenser air to escape the plenum.

These conditions are extremely unusual but our team quickly came up with a solution. To accommodate the sealed space, multiple fans were installed in the plenum, above the drop ceiling, and were not visible from within the space. These fans pulled the warm air out of the plenum and helped disperse it throughout the vacant Sears space that neighbored the bridal strore.

The OceanAire PAC6034 portable air conditioners kept David’s Bridal staff and their customers cool for the remainder of the summer. Another job that was quickly responded to and remedied by OnSite HVAC Rentals! 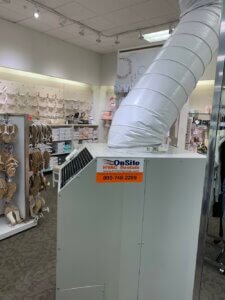 Interested in renting a portable air conditioner or other HVAC equipment? Call us at 800-748-2289 or email us at [email protected].